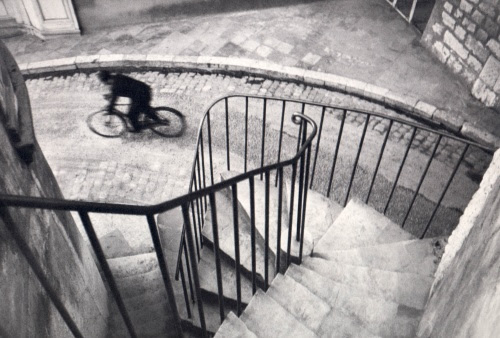 Mario's Bike, originally uploaded by André Rabelo.
This classic Cartier-Bresson photo was submitted to flickr's deleteme pool without any indication that the photo was by a world famous photographer. The deleteme pool is intended to be (and notorious for) no-holds-barred critique. Unfortunately, that too often means idiotic comments by entirely uninformed people.

The comments made me scream with laughter, and made me feel a whole lot better about some of the insistently out-of-it comments that I've gotten. Some highlights:
Some people understood the reference. Others defended the all-American right to say anything stupid at any time.
And some interesting food for thought to finish us off:
Posted by S Shield at 4:21 PM