More than 3,000 undergrads were surveyed for the study, conducted by an NYU journalism class. The study found that "sixty percent of the students who said they'd give up their vote for tuition also described their families' income as upper middle or high."

Not everyone can be bought, though - one undergrad responded that "anyone who'd sell his lifelong right to vote should be deported."

[Src: Most say their vote has a price, Lily Quateman, Washington Square News]
Media Credit: Illustration by Dana Laventure/WSN
Posted by S Shield at 11:14 AM 1 comment:

A Hole in a Fence

Last summer I was interviewed by D.W. Young, a documentary filmmaker, who was shooting a film about an abandoned lot in Red Hook. This chameleon of a site has been, variously, a graffiti spot, a homeless encampment, a formerly industrial truck loading zone, a magically-invisible overlooked and forgotten lot, contested urban space, a possible Ikea parking lot, and a reed-filled shallow pond. D.W. Young tracked me down because I had shot a series of photos of the site (you can see my set, Red Hook Marshland, on flickr).

The film, A Hole in a Fence, has just come out and is pretty damn cool. Young interviews a range of people about the site, from local teen graffiti artists who use the site as an artist wall, to a Yale Architecture School student interested in sustainable building, who used materials found on-site to build a shelter and live there for a week. And you can see yours truly opining about the site, and catch some of my photos. 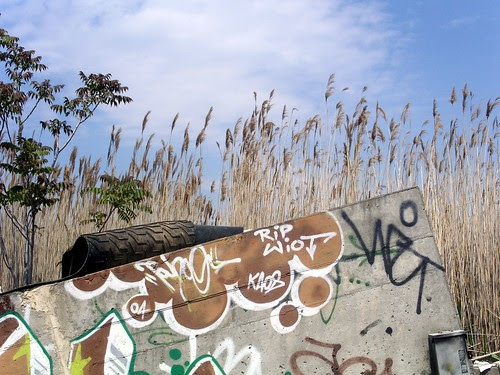 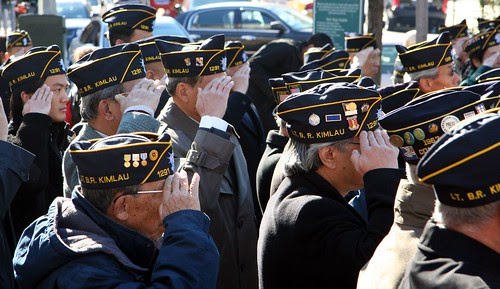 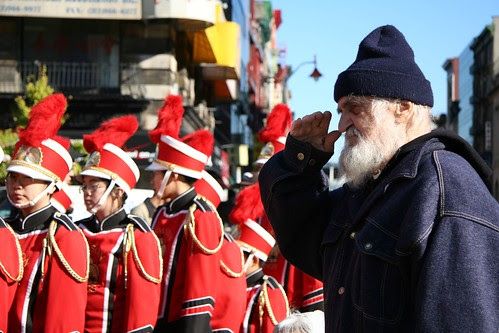 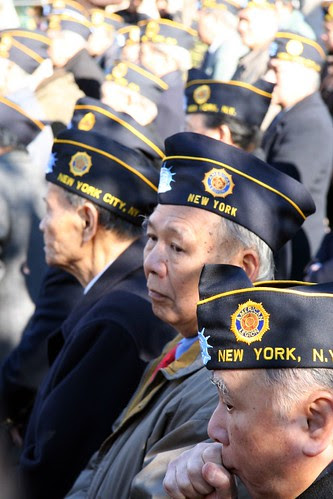 The Kimlau American Legion Post was formed in 1944 by a group of Chinese-American veterans of World War II.

The post is the largest in New York City, promoting numerous patriotic programs and community service initiatives within Chinatown.

The Post is named after Lt. Kimlau, who was an American of Chinese descent who served as an Air Force bomber pilot in World War II. While assigned to the Southwest Pacific theater, he was killed in action during air battles over the New Guinea Islands.
Posted by S Shield at 11:26 AM 1 comment: