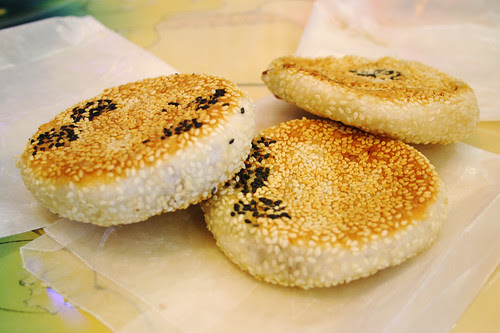 You can add bings to the category of on-the-go New Yorker-friendly foods. Bings are sesame seed-encrusted discs of dough filled with anything from spicy pork to mustard greens to red beans. My favorite description is from NY Magazine, which says they look "a little like a sesame-seed bagel that got run over by a taxi." Yeah, pretty much.

The owner of Flushing's Unique Pastry, whose well-deserved nickname is "The Flushing Bing Lady," just opened up a new restaurant called Roll and Dough on W.3rd at 6th Ave in the Village. From the reviews, it sounds like quality hasn't suffered at all in the transition from Queens to Manhattan, which is commendable.

I ran across Roll and Dough the other day when I was looking for a post-beer bite for my subway ride back to Brooklyn. It was tough to choose among all the varieties, but I ended up going with the pork and chive bing. It was a little colder than I would have liked (I learned later that they can toast it for you), but the filling was savory and the right proportion of filling to dough. At $1.50 to $1.95, these deserve to be your go-to food when you need a break from pizza. And in a bit of random but interesting information, one Chowhound reader reports that each variety of bing has its own sesame seed pattern. That's a whole new kind of Braille to learn.

Finding Diamonds on the Floor 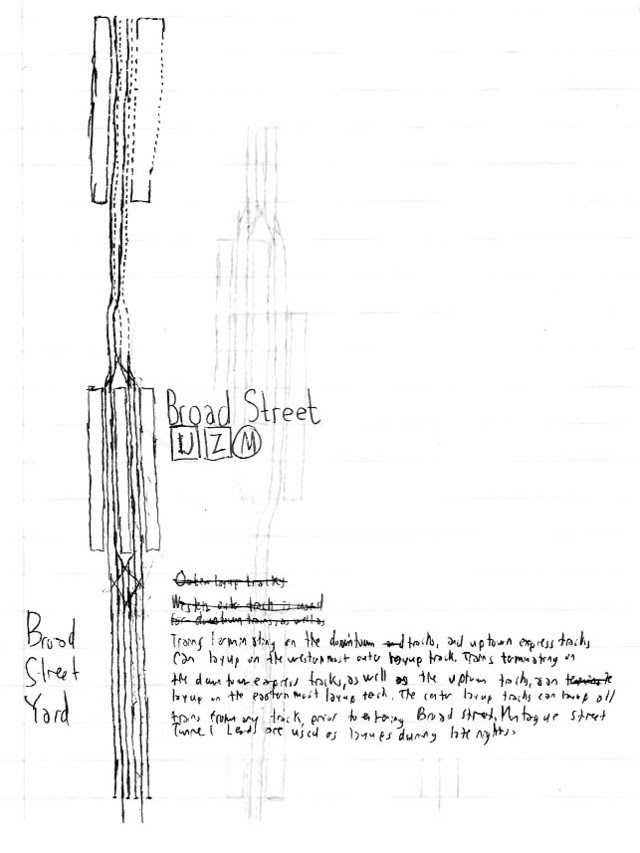 Evan over at Two Dishes But to One Table is a New York City high school teacher, which brings him into contact with the unexpected, strange and delightful on a daily basis. This week he found notes for entering the underground switching yards of a subway junction on the J, M, Z line of the MTA discarded on the floor of the biology lab (click image to see it larger). The writer is clearly well on his way to star membership in the vast community of train-obsessed New Yorkers.

Which reminds me that over at To-Do List, Sasha Cagen has reams and reams of lists that strangers have found lying on the street, sidewalk, or grocery floor. Or, as Sasha describes: wish lists, work lists, honeymoon ideas, cliches to avoid, boys/girls you have kissed, vocab lists, shit lists... Call it the anonymous poetry of the street.
Posted by S Shield at 10:24 PM No comments:

Getting the Most from Restaurants, from eGullet

eGullet is one of those great websites that I don't visit as often as I should, and where I always spend way too much time surfing through when I get there. On my last visit I found a posting by Steven Shaw, a James Beard Award-winning food critic, that's chock full of tips about getting the best a restaurant has to offer, starting with those all-important, impossible-to-get reservations. It's an excerpt from his new book, Turning the Tables: The Insider’s Guide to Eating Out.

On reservations: Every night at a popular restaurant is like an overbooked airline flight. . . It's that careful balance between genuine enthusiasm, flattery, and exhaustion that makes extra seats magically open up.

On getting treated like a regular: Although each individual meal at a top restaurant should be excellent, most seasoned veteran diners take the long view. To them, eating a first meal at a restaurant is like a first date: it's a preview that helps you decide if you're going to want a second date.

On ordering: There's no way to become a food or wine expert overnight, or even in a year. But you don't need expertise. All you need is enough confidence to ask questions.

On getting good recommendations that aren't just up-selling: the more specific your questions are the more likely you are to take the server off script. "What's good?" is not nearly as effective as "I have X, Y and Z preferences; what's good?"

I think I'll be trying a lot of this advice out soon. Check out the comments too, there's a ton more info and conversation there.
Posted by S Shield at 9:28 PM No comments:

I just discovered a great NYC map mash-up -- OnNYTurf has overlaid an accurate and hand-drawn map of the NYC subway lines onto Google maps, making it way way way easier to find the closest subway station to wherever you're headed. It even includes the PATH train. (Jersey, don't say NYC never gave you any love.) This site is nuts. They're getting ready to add station outlines so that riders will know where station entrances and exits are.

This is going to be really useful when I'm out trying to get to one of the places in my pocket eats guide (which, for the uninitiated, compiles the best of Chowhound and other food blogs into an interactive map with reviews, for the five boroughs plus Jersey).
Posted by S Shield at 9:09 PM 1 comment:

Tacks Off the Beaten Track

In recent weeks, many cyclists have reported flat tires from tacks laid down on the West Side Greenway. The problem appears to center around Riverbank State Park, which is between 137th and 145th Streets, but reports of so-called 'tack attacks' range as far south as 68th Street and as far north as the George Washington Bridge at 181st Street. Transportation Alternatives estimates that as many as 200 cyclists have gotten flats from tacks in this area. There have also been reports of tacks around the downhill on River Road and the nearby Sewage Treatment Plant, as well as in New Jersey's Palisades Park.

What's being done? The Parks Department has requested increased patrols and sweeping of the West Side bike path, and has reported the problem to the Manhattan Parks Commissioner's Office.

Because this is considered 'criminal mischief,' it's appropriate to call 911 if you see or (worse) ride over tacks. You can also call 311. In addition, you should call the appropriate local police precinct. Courtesy of Noah at Transportation Alternatives, here's a list of the west side precincts:

The National Lawyers Guild reports that charges have been dismissed against legal observer Adrienne Wheeler, who was assaulted by Assistant Chief Bruce Smolka on February 24, 2006, the night of a Critical Mass bicycle ride. Video Wheeler and the National Lawyers Guild – New York City Chapter (“NLG-NYC”) provided to the Civilian Complaint Review Board in March shows that, wearing plainclothes, Chief Smolka grabbed Wheeler from behind as she rode her bicycle past him and dragged her to the ground by a chain locked around her waist. Chief Smolka did this without identifying himself as a police officer or giving any warning. NYPD Officer Alfred Ortiz then issued Ms. Wheeler a ticket in which he swore he personally observed her ride a bicycle the wrong way on a one-way street – statements he admitted Friday were false.

“Falsely swearing in a complaint – even a traffic ticket - is an actual crime punishable by up to a year in jail, while traffic infractions and the like are categorically not crimes,” said Simone Levine, Wheeler’s lawyer. Levine, who helped coordinate the NLG-NYC’s mass defense efforts during the Republican National Convention (“RNC”) in August of 2004, testified before the City Council that the NYPD had targeted more than a dozen legal observers for arrest and prosecution during the RNC. Speaking for the NLG-NYC, Gideon Oliver, who has represented hundreds of the more than 650 people the NYPD has arrested on the nights of Critical Mass rides since just before the RNC, explained that “the NYPD has been at this for two years now and Chief Smolka and other supervisors appear to have developed strong personal investments in singling out legal observers for arrest and prosecution, likely because legal observers have called attention to repeated instances in which NYPD officers, not bike riders, have endangered the public safety, including by removing people from moving bicycles without warning.”

Officer Ortiz was accompanied to traffic court by Lt. Joseph Caneco, the head of Operations for Chief Smolka’s command, Patrol Boro Manhattan South. Lt. Caneco told the judge that Ms. Wheeler’s was “his ticket” and demanded to testify, but the judge made him wait outside the courtroom instead of offering him differential treatment. The judge then called the DMV in Albany and obtained a different version of the ticket Officer Ortiz had given Ms. Wheeler. Under oath and faced with that document, Officer Ortiz acknowledged having sworn under penalties of perjury that he had personally observed Ms. Wheeler riding her bicycle, although he had not, and agreed that it was unlawful for him to have signed the ticket at all, noting that he had been acting under his Lieutenant’s orders. After the judge dismissed the case for those reasons, Lt. Caneco demanded to amend the judge’s ruling. Rebuffed, Lt. Caneco and a group of top cops promptly stormed out of the courthouse.

Wheeler does not know the status of her CCRB complaint. Another CCRB complaint was lodged against Smolka in May of 2005 after he grabbed and arrested a woman for allegedly riding her bicycle on the sidewalk in Union Square Park on the night of a Critical Mass ride in April. Wheeler is not hopeful even two substantiated complaints would curb Chief Smolka or other top cops. “Commissioner Kelly has consistently given passes to supervisors against whom the CCRB substantiated RNC-related complaints,” Wheeler noted, “and so much for the NYPD’s commitment to internal policing.”

Oliver said that the City Council and the Office of the District Attorney were responsible for turning a blind eye to widespread “testilying” in what the DA considers “protest cases” since the RNC, and called NYPD brass to task for putting rank and file officers in the position of having to choose between following orders and perjuring themselves or telling the truth under oath, thereby risking prosecution for having made unlawful false written statements. “Top ranking members of the NYPD, habituated to having their orders followed, do not have a leg to stand on when judges insist on following the law,” said Levine. “If we want the police to stop breaking the law,” added Oliver, “we must not only protect legal observers like Adrienne, but also watch the police ever closer. Responsible government requires that kind of accountability.” 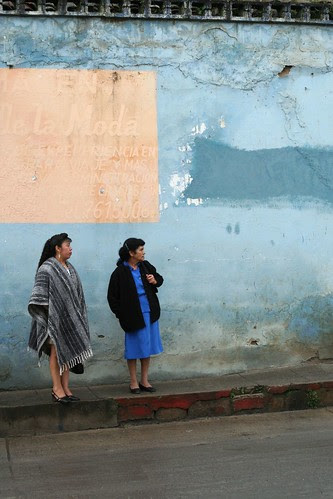 I'm back from a couple of weeks in Guatemala where I was studying Spanish and taking photos. The photo set can be seen here. 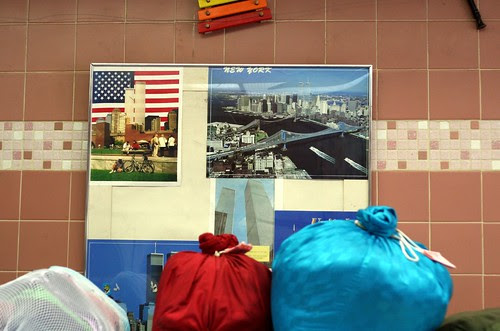 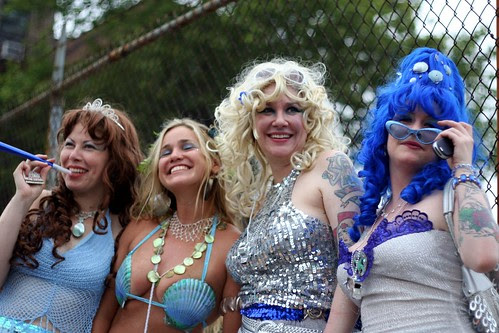 Brooklyn Ramblings is on Vacation

I'm off for some well-deserved R&R. I'll be back and hopefully posting away wildly the week of September 17th.
Posted by S Shield at 8:28 PM No comments: