From an era when war abroad meant sacrifice at home comes these WPA posters asking Americans to conserve water. These sikscreens were done between 1941 and 1943 by Earl Kerkam (who was called "a drunken Mondrian" by Franz Kline). They were part of a New York City Department of Water Supply, Gas & Electricity campaign to encourage New Yorkers to conserve water. The echo of Goofus & Gallant is probably not an accident - the original bad boy / good boy pair first appeared in a children's magazine in 1940. 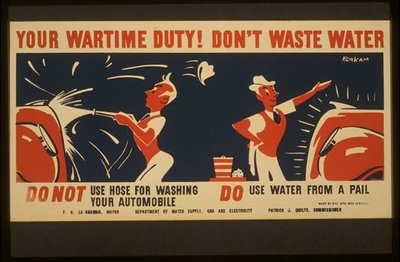 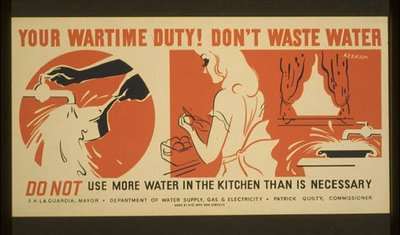 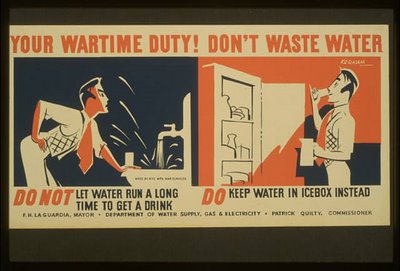