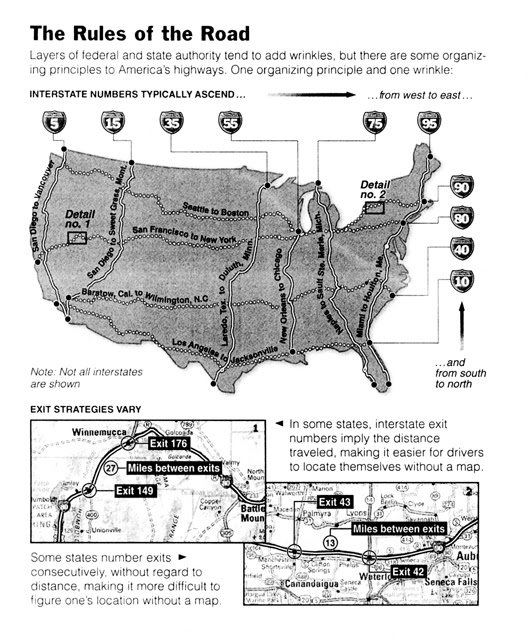 Graphic of the Day: Road and exit numbering,
New York Times, February 10, 2002, page 4-2,
accompanying article on the renumbering of California exits.
Debating methods of exit numbering, one trucker relates that he "vastly preferred the systems that related the exit numbering to the distance from the western or southern border of the state. The states and turnpikes which numbered in sequence seemed interminable to traverse instead of having a clear sense of where I was and how far to the next state. Instead of being able to make driving decisions and exit strategies based on a clear idea about how far the next exit might be relative to the last, and also in relation to the mile markers that simplified planning, the appearance of exits numbered sequentially often seemed surprising. Also, post-original numbering of exit additions could place exit 13B some distance from exit 13 and make its arrival particularly mysterious."
Posted by S Shield at 10:23 AM