The New York Times calls it "one of the city's longest and messiest food fights." Salvatore Manganaro, 74, and his youngest brother, James, 66, own Italian sandwich stores next to each other on Hell's Kitchen's Ninth Avenue. The family has been running these businesses for 100 years, and the two brothers have been giving each other the silent treatment for the past 25 years over who has the right to use their family's name and who can claim to have invented the 6-foot hero sandwich. As one young reviewer said, "this feud has been going on for far longer than I’ve been alive, and I’d bet for long after I’m dead."


Pizza
Lombardi’s vs. Totonno’s vs. John’s vs. Patsy’s vs. Grimaldi’s 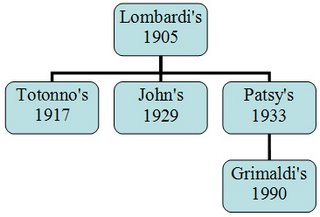 If you were to draw a family tree of New York pizza, Lombardi's, started in 1905, would be the grandpapi of the clan. Pizzamakers trained at Lombardi's went on to open Totonno's in Coney Island (Anthony Totonno Pero in 1917), John's Pizza in the Village (John Sasso in 1929), and Patsy's in East Harlem (Patsy Lancieri in 1933). In the third generation of pizzarias spawned from Lombardi's, Patsy Lancieri's nephew Patsy Grimaldi, who had worked at Patsy's since he was 10 years old, opened Grimaldi's in Brooklyn Heights in 1990.

Indonesian
Minangasli versus Padang Raya (RIP)
First, Rahman Imansjah was a customer at Nani Tanzil's warung run out of her 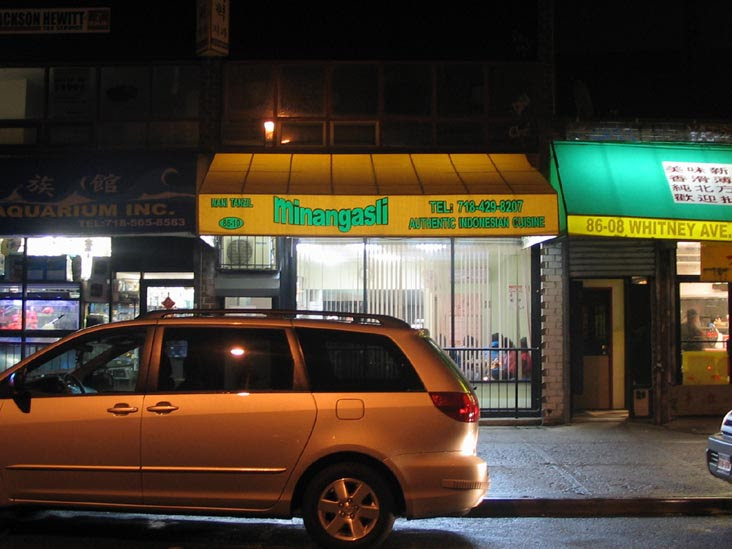 kitchen. In June 2004, he bought a restaurant, Padang Raya, and they became business partners. They made it to February of 2005. He fired Tanzil, and six months later she opened Minangasli four doors away on Whitney Avenue. The New York Times explains that "the name of her restaurant, which means 'authentically Minang' and is a reference to a Padang ethnic group, is a not-so-subtle dig at her former partner," who is from Kalimantan Island, a culinarily different area of Indonesia. In April of 2006, Padang Raya became Jakarta Mie, a Javanese noodle warung.

didn't invent cupcakes (see, she's humble!), but lays claim to the specific type of cupcake cafe which she sees replicated around the city, most bitterly at Buttercup, which she started with her former business partner Allysa Torey. Appel's franchising director says “She’s like the cupcake godmother. If you did a family tree of cupcakes in New York, she spawned out the seven families. She’s the Don Corleone of cupcakes.” 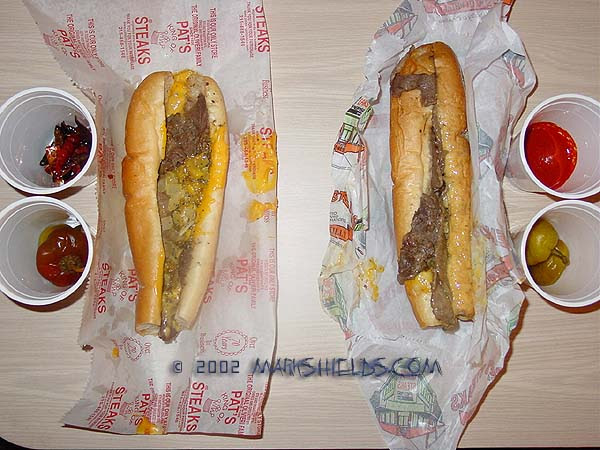 Italian Market back in 1930, claims to have invented the Philly Cheesesteak. Geno's opened in 1967, and they've stared each other down across a barren patch of South Philly pavement like Apollo Creed and Rocky Balboa ever since. Geno's owner Joe Vento claims that they made the cheesesteak what it is today by being the first to add cheese, although they concede that Pat's is responsible for the later introduction of Cheese Whiz (thus adding the phrase 'whiz wit' to American English). And, of course, they hate each other. Vento explains that the reason people eat at Pat's is that "you can acquire a taste for bad food."

Got a rivalry to suggest? Write me.

I can think of a few restaurant rivalries in the Northeast. Pepe's vs. Sally's in New Haven (pizza), Santarpio's vs. Regina's in Boston (pizza), Brown's vs. Markey's in Seabrook, NH (seafood).

I love the pizza family tree!

Oh yeah, that reminds of one I forgot to add - The Clam Box in Ipswitch MA vs. Woodman's in Essex (fried clams). They've got the requisite battle over who invented fried clams first, although I don't think this rivalry has a family feud or former protege/partner-turned-competitor. You can't have everything.

Hi, sorry for bringing this up like a year later, but I was doing a search on rivalries and this came up and I just figured I would say something. I know it sounds obnoxious, and I shouldn't say anything, but well, I apologize, I feel the need to comment: The small problem I have is that you said Jennifer Appel has a bitterness to Buttercup. Jennifer Appel is the one who started Buttercup. It wouldn't bug me cause it's a blog, but obviously your blog is easy to find since it's like the first one on the google list when I asked about this. Though you were right,m Appel is considered the Don Corleone of cupcakes. But Torey is still with Magnolia's and Appel is with Buttercup- but Appel does hate other Magnolia/Buttercup spawns.
Again I just wanted to say this because obviously this is easily acceptable to people who want information on this sort of thing ;)